Ryzen is here and so is my new computer. Meet Tantalus, named after the FTL drive from the Normany SR2 of Mass Effect fame. I have talked about the new system briefly on our Technobabble podcast but I thought I would go more in depth here with a look at some benchmarks and so on in comparison with Farpoint, my previous main system. 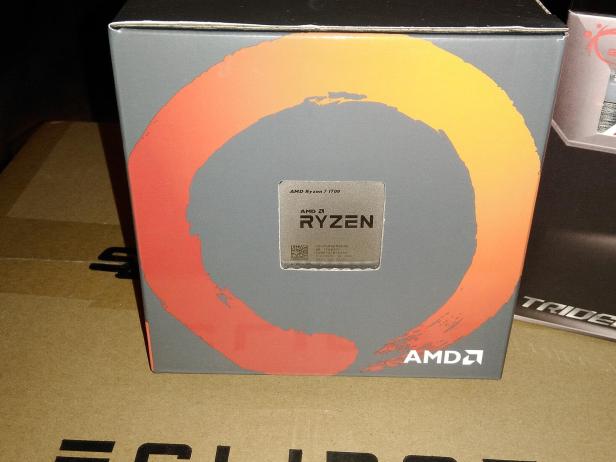 On April 11th the new R5 chips are releasing and for your reference I’ll put the information here so you can at least see what they are compared to the initial chips.

Anyways, after checking the reviews I decided to go with the R7 1700. Reviewers were coming to the conclusion that all three chips were basically the same but clocked differently and so most have been able to achieve stable overclocks on their 1700s up to 4GHz with a decent air or water cooler.

That was the toughest choice. There wasn’t really a budget for this build. I had promised myself that I would build something that would be nearly top of the line. So the specs. OK. Fine. Prices are in CAD.

Like I said, I wasn’t too concerned about the cost this time around. I wanted a system that could blow away Farpoint and CapSupreme. But did it deliver? Well shall we compare Farpoint and Tantalus directly then?

Alright, benchmarks. I will show you my in game benches but keep in mind I ran all those at 1440p previously. All my new benchmarks are at 1080p. Synthetic benchmarks are run at their defaults. Also I only included the graphics scores on the previous runs so I will include those only this time as well. 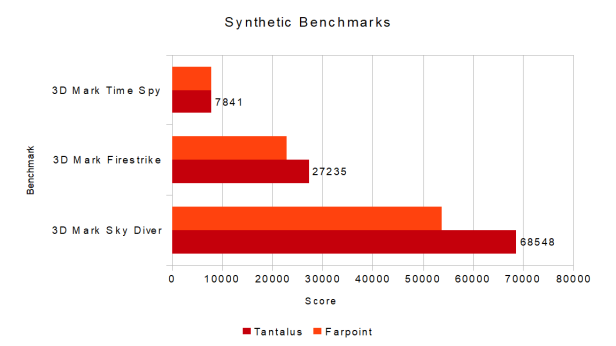 Data, data everywhere! There are your numbers. Tantalus stomps all over Farpoint in almost every test. In fact the only one that is remotely close is Time Spy in DX12 mode. As you can see here DX12 utilizes all the available power pretty well already. The bump in score for Tantalus is merely the extra 8 SMT cores.

As for building the system overall it was a lot of fun. I mean the best part is always opening the boxes but man getting the final system all worked out has been a treat. The hardest part of the build was actually getting the RGB effects set up and working on the G.Skill memory. Also apparently Ryzen cpus prefer even CAS numbers like CAS 14 and 16. If you can get a kit of CAS 14 or 16 in 3200MHz you’ll be set.

The H110i took a bit to wrestle in to plase as well but it turned out great. In fact so well that I ordered a second P400S TG and moved Farpoint over in to it. Sorry In Win 303, I loved you but I love the P400S more. Here’s what Farpoint looks like now:

The MSI motherboard is more expensive than it needs to be really. Don’t get me wrong, it looks great and I actually really like how the UEFI interface is laid out. It is also nice to have a temperature readout right on the motherboard itself instead of having to open up AMD’s Ryzen Master software to get an accurate reading.

Other than that I would not change a thing in this build. I love it. Let me know what you guys think.