I know, I know, this laptop is so old it could have grand-kids. Thing is I honestly think its a hidden gem of the tech wold. Nowadays our cheapest laptops are Chromebooks (and really not so cheap when it comes down to it in my opinion) but they are limited in what they can do. I mean sure they will perform what you need as long as you don’t need to use any other software than Google’s cloud services.

That said we are looking at an 11.6 inch AMD E2 1800 (1.7GHz) dual core powered laptop that was initially designed for the educational sector. Yeah the E2 1800 is a relatively weak processor nowadays but it’s still good enough to play some lightweight games in between tackling some email and commenting on your sister’s latest chocolate lab picture on Instagram.

While mine was successfully upgraded to Windows 10 Pro for free during Microsoft’s upgrade campaign at the launch of Windows 10 I really found the computer to be sluggish. I mean it was more responsive than Windows 10 but you could tell that the E2 1800 was really at the edge of real functionality. That combined with a 5400 RPM hard drive it really moved slow. Of course slow is relative and I am comparing to my Ryzen system Tantalus equipped with an overclocked R7 1700, 32GB of memory, Samsung EVO boot OS drive and crossfire RX 480s. Yeah so we’re looking at two extremes here.

As you’ve seen with some recent posts I have been exploring the world of Linux deciding if Linux would be the way to go for this laptop. Turns out Linux makes this laptop really sing. While the E2 1800 is ancient nowadays most Linux distributions are super speedy on the older hardware. Even with the slow laptop hard drive this system runs pretty quick. Again quick is relative but believe me I can tell the difference. 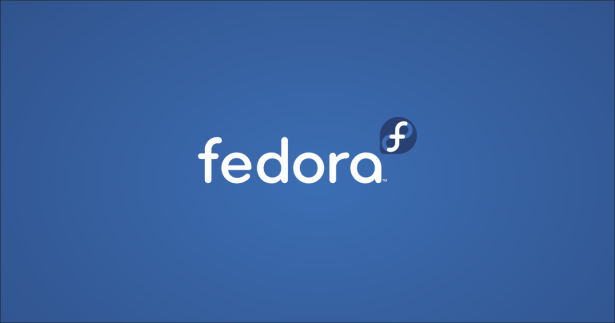 So the final distribution I went with is Fedora. Now I didn’t use the default desktop environment of GNOME 3. I can’t stand GNOME 3. It’s just a slow way to navigate to anything you have installed on your computer. Graphically it looks neat but if functionality suffers that a negative point in my book. After the initial installation of Fedora I went ahead and installed the MATE desktop environment. It’s slightly lighter on the notebook’s resources but still looks good doing it’s thing.

I customized the desktop a bit to be sort of a hybrid of Windows and Mac. The default setup is to have a top and bottom taskbar. The top taskbar is really more of a menu bar for your programs and your settings. It also contains the clock, status icons and quick launch icons. This is OK to me but to make it better I removed the bottom taskbar completely to give me some more screen real estate in fullscreen mode and I added what’s called the Windows Selector which is the same as seeing what programs are open on the taskbar in Windows.

See this is what is great about Linux. It’s very customize-able and because of this you can really make your computer feel your own.

At idle the CPU runs at about 5 to 10 percent which is isn’t too bad and memory usage is around 1.1GB out of my upgraded 8GB of memory. Pretty great eh?

I haven’t gamed on the system yet though as this is primarily a mobile computer to use while I am on the road. Just basic web browsing, some YouTube and of course writing these articles for redbluegreen.ca.

Linux is a far cry from yesteryear where every five minutes something would go wrong and you’d inevitably have to open a terminal window and run some obscure commands you’ve never seen before but someone says to run them on a website somewhere, operating system. Yes that was a run on sentence but I think we can all agree. At least those of us that have used Linux in the past.

This all said right now on Ebay you can buy THREE of these laptops for $280 dollars US. That’s a bargain people especially if you are looking for a tough as nails laptop that can take a few hits and doesn’t take up a lot of room in your luggage.