Recently I moved from my old Blackberry Bold 9930 and Verizon to a Blu Life One X (2016) and Virgin Mobile and one of the things I’ve enjoyed is the absolute freedom to use any unlocked cell phone on the Virgin network. If you listen to our podcast you will note that a week after I purchased my Blu Life One X it was upgraded and renamed the Blu Life One X2. This new phone came with many new features for a bump in price of 60 Canadian loonies.

I was distressed by the fact that my phone had been so handily swept to the trash heap as the new phone has specs that utterly demolished the One X. So when I found out that I was getting a Christmas bonus at work I ordered the new X2. I am so happy I did.

The new phone has the same size screen though not the same screen. If you are looking for better colour you may want to stay with the One X. The screen is still more than usable however and with all the added features I can’t recommend the old phone. The back plate is really nice on this phone. Blu has went ahead and put a metal back plate on the phone and moved the camera to the centre-top. This along with the two shiny chrome-like beauty stripes on the back really make this phone look premium. It does add some weight to the phone though so if you like lighter phones you may want to look else-where.

One of the biggest changes this time around is the replacement of the Mediatek 6753 8-core cpu. This time Blu chose to go with an 8-core cpu from Qualcomm which is great in a few different ways. First, it runs much cooler. In fact I’ve never felt it heat up. The Mediatek was a heat monster in the One X. Second, the new Qualcomm Snapdragon 430 offers quick charging making it possible to charge up to a 70% charge in half an hour. I didn’t think that would effect me so much but it has. Even ten minutes on the charger can help you in a pinch if you have to head out on an errand. Third, the performance of the cpu and gpu nearly double the performance of the Mediatek part according to 3DMark.

On top of all these new features the new phone still retains it’s dual sim slots and an SD card slot. You can’t remove the battery though and that remains a small sticking point for me as you could not in the One X either. On the same note though the battery life is hugely improved over the Mediatek. With my typical use which is semi-heavy I went from getting about 8 hours of battery life to 13 hours. That use mostly includes web surfing and playing music for the day with the screen brightness at about 33%.

Performance of the phone is quite snappy. I regularly leave apps open now that I wouldn’t have done on the previous phone. Most games perform adequately as well but don’t expect your super graphics intensive games to run fantastic on this device. I have found that games like Nice Shot Golf and Pokemon Go and PinOut perform quite well.

The storage is something that was severely lacking on the One X and the X2 makes up for it quite well. The problem with using an SD card for storing things like apps (like I had to do on the One X) is the phone sometimes doesn’t detect the apps installed on the card for some time after the phone has booted. With the 64GB of storage you really have enough room for any app you may ever want. And if you don’t you still have an option to add an SD card.

As per usual it’s a pleasure to swap phones with Android as all of your settings are imported and the phone immediately begins to download and install your apps once you are online. The X2 comes with a pretty vanilla version of Android 6.0.1. The only extra apps I noticed were the Blu Help app and a couple apps from Amazon. Otherwise it’s a pretty bare installation. The launcher is OK that comes with it but I hate having a Google search bar stuck on my screen and as such with every Android device I own I immediately install Nova Launcher.

After all this typing I realize I forgot one of the biggest new features on the X2. It now has a physical home button with an integrated fingerprint reader! Yes folks, that is quite a premium item on a budget phone. I never thought I’d care for a fingerprint reader but now that I have one I don’t know if I would buy a phone without one ever again. It’s super convenient.

The improved camera (now at 16MP) is great especially with the new bundled camera app. It’s very intuitive to change shot styles and the phone takes pictures very quickly. Pictures come out great in regular and bright light. Dark pictures are OK but nothing to get excited about. I was impressed that the dark scene pictures were not very grainy as is typical for lower end phones. Also the laser focus is super quick and a great upgrade from the old One X’s phase data system. 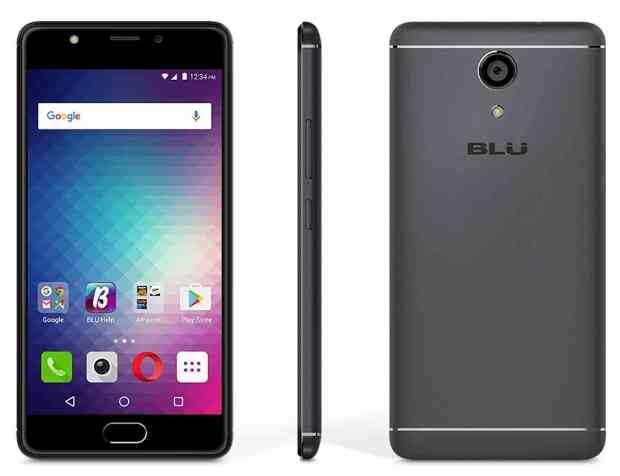 With the phone Blu sends a screen protector, a gel case and a quick-charger that works with the Qualcomm chips. If you buy from Amazon Canada beware (which I believe is the only way to get these phones except for perhaps eBay). The seller that Amazon uses apparently sold a ton of these phones without quick-chargers. This is a big deal as Blu ships all their phones with quick-chargers from the factory so for this seller to swap them out for cheap usb chargers is really ridiculous. I was fortunate enough to receive one with the correct charger. Also, never fear, as stated these phones will charge with regular chargers, they just won’t charge as quickly.

So there you have it. Another Blu phone. I’ve said it in the podcast and I’ll say it again here, I don’t understand why this company is not getting more coverage. I know it’s had a shaky past with some not so great software preinstalled on their phones but that is in the past. Their current phones are incredible for the price.

The Blu Life One X2 retails for 259.99 CAD on Amazon Canada right now.

If you are in the market for a new phone and your carrier allows unlocked phones on their network consider the X2 before you make any decisions. You will be happy you did.

I have been a fan of the main Forza series ever since the first iteration on the original Xbox (which by the way still looks great today – I checked). I have every edition of the game on disc except for a digital copy of Forza Motorsport 6. I’ll get a hard copy some day…

Anyways when they announced Forza Horizon I was skeptical. People were saying it was going to be a cheapened version of the game with arcady physics and so on. In fact I remember going in to my local EBGames and the guy there telling me I don’t want that one. I’m glad I didn’t listen to him.The original Horizon had a couple rough edges to it but all in all it was a great game. I often relate it to the fantastic Need for Speed Underground 2. The difference here being the cars handle much more realistically in Horizon and, lets be honest, look a lot better.

If you are new to Horizon essentially Playground Games takes the current available Forza game engine and puts an arcade racing game around it set in what they call the Horizon Festival. The Festival is held in a different region every time. You’re job is to take the festival by storm by winning all the races/events that take place on the overworld map. There are no tracks in this game. All the races use the roads on overworld map sometime slightly modified with barriers so you can’t go off track on circuits and so on. As you win races, you gain reputation and as that reputation grows you get more and more challenging things to do.

Playground Games did not disappoint. The game is largely unchanged from Horizon 2 which I think is the best thing they could have done. They’ve added a couple new things to make the experience even better. Now on top of collecting points and credits you also collect fans. The more fans you have the more you can expand the festival. You see, this time around you are not only taking part in the festival but you are in charge of the festival. A neat concept though I’m not sure if anything of the sort would really work in reality. But this isn’t reality so lets continue on.

They have the predesigned races for each challenge/race like before but now you can create your own challenge by changing weather, time of day and the number of laps for the race.

Graphically Horizon 3 is stunning. And I’m talking about on the Xbox One. Yes it may be capped to 30 frames per second but it does run at a native 1080p. The physics this time around seem a bit more on track with the main iteration of the game Forza 6 but feel perhaps a little more arcade-like.

I never realized Australia could be so visually appealing to be honest. Not to offend any Australian readers of course but man Horizon 3 does a great job of making Australia beautiful. The desert driving is pretty neat especially when you are on sand or dirt one moment and then driving through a river in the next.

Vehicle modification remains the same pretty well with the addition of wide-body kits for some vehicles (THANKS) and some more wheel choices. Otherwise the customization section of the game remains pretty well the same.

They did add a Forza Vista like bit to the game where you can walk around your car, get in and so on but it’s nothing different from the main game’s Forza Vista. In fact in this version you get no descriptions of the cars. I guess that’s fair.

I have been having trouble trying to find things that need to be changed in the game to be honest. I can’t think of anything but perhaps I am blinded purely by the beauty of the game provided or even by the absolute pleasure of playing the game. This is honestly the best arcade racing sim I have ever played followed by Horizon 2 and then Project Gotham 3. 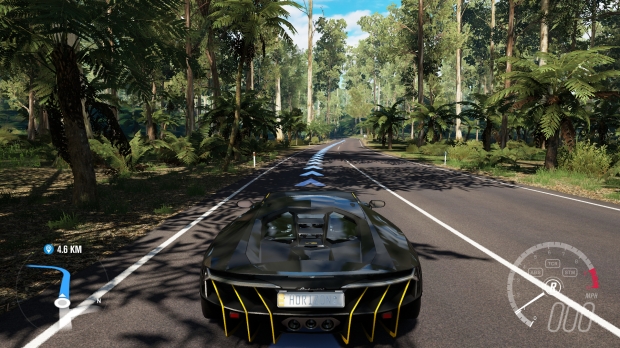 The Forza series in my opinion is THE reason to own an Xbox. I know I am of a marked few that have only purchased an Xbox One to play Forza but it is the truth in my case. Of course now with Forza being released on PC it becomes an interesting choice one actually doesn’t have to make if you buy the digital version off the Windows Store. You get the version for PC and Xbox. I bought a physical copy so I missed out on this as I still think it’s a good idea to have a physical copy of games.

Should you buy Forza Horizon 3? Yes. Yes you should. Well that is unless you hate racing games. I would say though if you are a fan of something like even Mario Kart you might be interested in this. It’s more realistic for sure but the focus isn’t on taking perfect turns and so on. In fact you get points for running in to things in some cases. There is a demo for the game. Check it out.