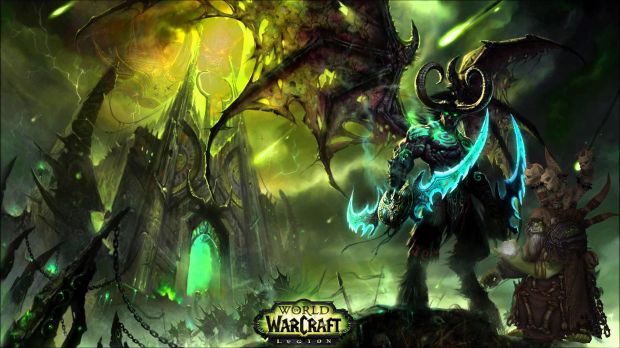 I have been a WoW addict for years off an on. Mostly on. I started not long after it’s release. Back when I would argue the game was still challenging. I can still remember the first time some of my friends and their guild mates ran me from Darkshore all the way to Ironforge. That was quite a trip and then at the end one of the guild members gave me 5 GOLD! I didn’t have any idea what I would do with all that. Of course now 5 gold is worth nothing…

Later I would learn that while World of Warcraft is a game being part of a guild can be full of drama. The guild I was in merged with another and the merging was messy. I ended up leaving that guild and created a new guild which I still have to this day. It was only for close friends and family and while there isn’t a lot of people on a lot it’s nice not to be spammed guild invites all the time.

Throughout the years our guild worked our way through all the expansions. First came the Burning Crusade with Illidan telling us all that “You are not prepared!” Well we showed him, eventually.

Then came Wrath of the Lich King. Arthas is back and ticked off. We took him out too. That was a pretty great expansion.

Blizzard then updated Azeroth and changed many places with the Cataclysm expansion. This rejuvinated the old world quests and dungeons for the most part which was interesting though not nearly as interesting to me.

Then came Mists of Pandaria. In between Cataclysm and Mists I had left World of Warcraft. Cataclysm failed to interest me but when I saw the Pandarin I had to get back in to the game. I played the heck out of Mists but there was not a lot of content.

I eventually dropped out again and came back for Warlords of Draenor. I liked most of this expansion but the end-game was far to difficult to do anything without a group of people to play with all the time. When I am level 100 Paladin in semi-decent gear and a random mob can down me in a few seconds, yeah you can only take so much of that.

So I dropped out of that relatively quickly as well and moved on to Guild Wars 2. Had a lot of fun with this game but man you can only do so much of the same thing over and over. And the story was absolutely terrible.

So then I jumped in to Final Fantasy XIV: A Realm Reborn. Man this game was and still is absolutely fantastic. I am still playing to this day.

But low and behold I was checking my email and I received an email from Blizzard. They were inviting me to the Legion beta. First beta I’ve ever been invited to by Blizzard and they finally invite me after nearly 10 years of playing their game. Anyways I took them up on it and now I’m playing World of Warcraft again.

Demon Hunters are a lot of fun and the beginning quests for the new areas look really interesting. Look up some gameplay on youtube. Really great. It was fun to dust off my mage, paladin, rogue and hunter though in my opinion they ruined my rogue taking away combat spec.

Do you have a game that you keep returning to? What do you play in between when you need a break?