I’ll be the first to admit I’m a bit of a cranky old man when it comes to phones:

I find most apps useless or even highly intrusive with their logins (anyone who read my rant against NVIDIA for requiring a superfluous login to use their GeForce Experience software probably saw this one coming) or permissions requirements (why on earth does a fitness app need access to my contacts or my…anything? It’s essentially a glorified calculator).

I don’t like 99% of mobile games (I let everyone else cover those on the podcast).

I don’t feel the need to keep up with what all my friends are doing on Facebook at all hours of the day.

Heck, I don’t even like talking on the phone and ignore the thing for hours on end when possible.

Essentially, a phone to me is a mobile e-mail checker and calendar, with the occasional internet browsing session or desperate plea to Google Maps thrown in for good measure. So with all that background information, you can probably see my reasoning behind stubbornly sticking to my good ol’ Samsung Galaxy S3 device for years without even considering putting in for an upgrade. To be perfectly honest, I would probably still be using my old BlackBerry Curve if it hadn’t been stolen.

It turns out one of the blessings in disguise of my recent car accident was that it effectively destroyed my S3, forcing me to make the switch into the modern era of smartphone technology. 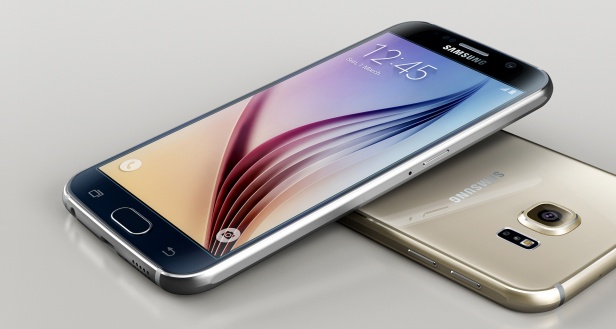 Now I didn’t get the most cutting edge tech by any means, as I ended up with the Galaxy S6. However, this new phone appears to be as superior to my old phone as the name implies – a whole 3 galaxies worth. It got me thinking how much mobile tech has improved over the last few years.

The first thing I noticed was (of course) performance. While it’s not exactly a fair comparison as my old faithful phone had years of wear and tear on it (hardware and software wise), the S6 is able to chew through my admittedly simple tasks as quickly as I can throw (or rather swipe) them at it. Tasks I had grown accustomed to waiting a few seconds for are now almost instant.

Next up is battery life. Again, as the S3’s battery was the original, it’s not a fair comparison. That said, with my level of use, this fresh new battery can hold me for roughly three days before a recharge is absolutely necessary – a fantastic improvement from maybe getting me through the work day. If I was lucky, and the ambient pressure was just right. And the merciful Poseidon was feeling particularly gracious.

My continued exploration of the device lead me to the camera. I always assumed that my S3 had a serviceable camera, but the difference between its 8 MP offering vs the new 16 MP is staggering, and the viewing experience is made better by the next item.

The display is a shocking difference. Although the phone is a bit longer than my already-too-big-in-my-opinion S3, the 5.1’’ screen boasts a 1440×2560 resolution. This enhanced pixel density is a huge jump in viewing experience over the S3’s 720×1280 spec.

Now of course, there are the downsides that come with any phone – namely bloatware. Why Samsung and Google feel I need a thousand apps by default is beyond me. Suggestions? Sure, but there’s no need to actually install them if I have no use for them.

While I would never presume to have enough experience in the world of mobile technology to give an actual review score of any kind, I must say I’m thoroughly impressed by the Galaxy S6. It has made me rethink my stance on phones….well, maybe not. At the very least it’s given me an appreciation for the advancements in mobile devices that I’ve neglected to participate in for several years.

If anyone is still holding out like I did, I have to say you will be impressed by a new device and (mostly) the features that come with – so long as the price is right. They certainly aren’t cheap if you buy them straight up, but I have to admit I was surprised at how much I enjoy the upgrade.