It’s big. It’s shiny. Everyone’s talking about it. It’s all the rage in modern media, and it’s worked its way into the gaming scene.

With the rise of the PS4 Pro and its upsconversion wizardry to give us a 4K-ish encounter, I thought it’d be a good time to revisit the PC side of things and what it takes to produce a true 4K gaming experience.

We’ve heard that the optimal card for 4K is NVIDIA’s new king the Titan X, Second of His Name, Ruler of the Seven Realms of Graphics. Unfortunately, this king also comes with the price tag you normally associate with an entire high end gaming rig – $1200 USD / $1600 CAD.

Well what about those of us interested in a possible 4K gaming experience that aren’t also packing fat stacks o’ cash?

Let’s take a look at few more affordable options, shall we?
As a quick disclaimer, these are the examples we have on hand that cover a wide variety of power and cost. If your GPU is not on this list, you can certainly research where they would fit in on this list and infer a conclusion from that information.

First up in our test lineup is the legendary GPU of yesteryear: NVIDIA’s GTX 980 Ti 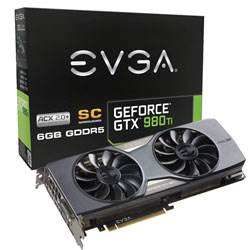 While the 980 Ti can still be found for a decent price, most asking prices in Canada have seemingly skyrocketed and, as such, I cannot recommend this as an option. However, the 980 Ti trades blows with the GTX 1070 in benchmarks, and that card comes in around the $500-$600 CAD / $350-$450 USD range.

Still costly? You bet, but significantly cheaper than the cards normally touted as “4K” cards in the 1080 and Titan X.

The test bench consists of an i7-6700K and 32GB of DDR4 RAM to (hopefully) eliminate bottlenecks.

Our model was the EVGA Superclocked+ model of the 980 Ti, which we ran through a small test suite of game benchmarks at 4K:

If you aren’t looking to push to the absolute max on AAA titles, the 980 Ti/1070 is certainly playable at 4K.

Next up, we have the newest offering from Team Red: AMD’s RX 480

Our model of choice this time around (mostly due to it being what Jeff had on hand) is the reference version of the 480 from ASUS. This is the 8GB model, as higher resolutions tend to make use of higher amounts of VRAM.

As you can see, you can definitely run at 4K…if you also make huge sacrifices in graphical fidelity and are aware of some very low minimums that these benchmarks churned out. You must then ask yourself: “Self”, you must ask, “is this worth it?”

To be fair to the 480, we’re asking it to do something it wasn’t designed for. However, there are other options where it can strut its stuff. What about running one of the most popular genres in the world at 4K – the MOBAs?

Pretty fantastic results from two of Blizzard’s MOBAs lead me to conclude that the 480 comes in as a viable pair for a 4K monitor/TV if you’re mostly into these types of games.
We do, of course, have one more trick up our sleeves with the 480: CrossFire

Although it comes with a price point that pushes dangerously close to the GTX 1080, dual RX 480s does deliver some nice results…when it works. The rub with CrossFire (or SLI for that matter) is the issues that arise when it is not supported – and it’s not supported far too often for my tastes. In fact, it seems to be getting worse.

My test with Ashes of the Singularity straight up failed. While it appeared to recognize both GPUs, no tangible performance increase was seen.

Rise of the Tomb Raider saw a definite FPS increase, but also came with some lovely and highly distracting artifacting in the background.

What about an actual budget choice? AMD’s RX 460

Our model is the XFX dual fan version, currently available on Amazon for around the $140 USD / $200 CAD price point. A price point that is much more reasonable for those of you who responsibly haven’t decided to sacrifice your wallet for shiny tech.

Heroes of the Storm (Extreme/Ultra/High Preset) 45-60 FPS
As you can see, our budget option struggles mightily to run AAA titles at 4K even at the lowest settings. However, in terms of the lighter MOBA type games, it performs quite admirably. This level of GPU could be an option for you if you like to watch 4K media, mostly play MOBAs, and are willing to downscale to 1080p for AAA games – something that modern GPUs and monitors can do quite well.

Finally, let’s take a look for those of us considering a 4K display that have older GPUs. What can you expect?

Unfortunately, my strategy with GPUs involves selling them off on a regular basis to offset the cost for my new cards as much as possible. Fortunately, Jeff loves to hang on to his older graphics cards, so we have a couple test cases for you:
R9 290 (Sapphire Tri-X Model) 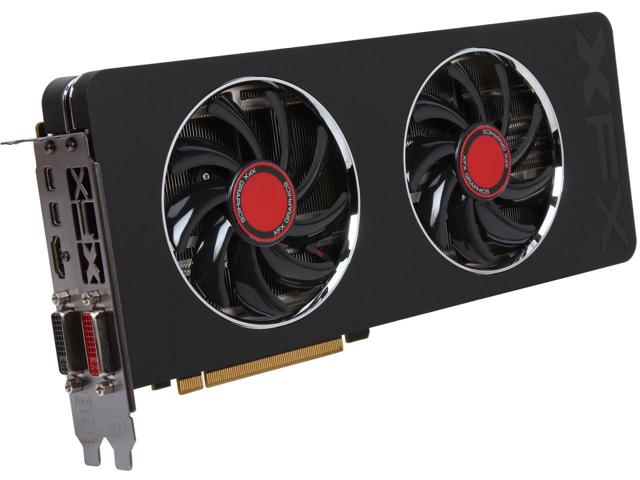 Heroes of the Storm (Extreme Preset) – 57-60 FPS
So what can we conclude?
Well, as is the common answer to the “which GPU?” question, I have to say “depends on what you want to do and spend.”

A GTX 980 Ti/1070 or two RX 480s are still expensive, but appear to be very viable options for AAA titles with a few small sacrifices here and there. There’s also a few other tricks that you can use, such as G-Sync to help minimize the impact of frame rate drops, or overclocking to squeeze out a few more FPS.

Below that, the sacrifices required to maintain a decent frame rate start to make the higher resolution not worth it for AAA titles. However, if you are the type to play older titles, MOBAs, or generally less intensive indie games and don’t mind downscaling to 1080p for the heavy hitters (something that modern displays and GPUs do very well in my personal opinion), I would argue a 4K display may still be worth it.

In the end, acceptable frames per second and graphical fidelity are a very subjective matter. I hope this list of benchmarks helps answer some questions you may have.

Feel free to leave a comment with your experience or questions.